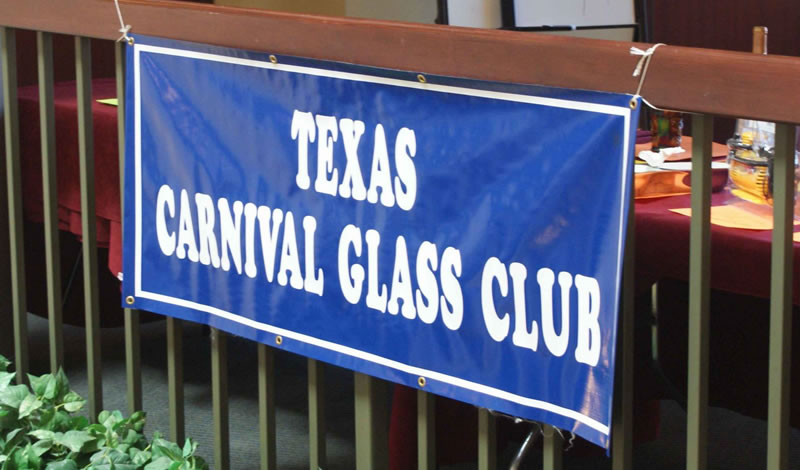 Note: All convention activities will take place in the Event Center

DEADLINE TO RESERVE A ROOM IS FEBRUARY 20, 2023 – MAKE YOUR RESERVATION EARLY – Spring Antique Week in Round Top begins shortly after our convention.

Please Note: To ensure that you are part of our room block please book your room directly with the hotel (see instructions below):

Breakfast is included in the price of the room. Each room is equipped with a microwave and a mini fridge, King Suite rooms include a sleeper sofa.

Pet Policy: This is pet friendly hotel. There is a $75.00 Non-refundable Fee for 1-4 nights. $125 Non-refundable fee for 5+ nights. 2 pets maximum. ADA service animals are welcome.

Reserve your Room: Call the Hampton Inn and Suites at 979-337-9898 and tell them you are with the Texas Carnival Glass Club. Our group code is TCG.

Hotel Deadline: Saturday, February 20th. Cancellations will be accepted up to 4:00 PM the day of arrival.

REGISTER FOR THE CONVENTION

Click here to download a convention registration/membership form. Print the form, fill it in, and mail it with your check to the address on the form.
download adobe reader

Seeck Auctions is bringing us an outstanding auction of carnival glass from The Elizabeth (Bette) Chapman Collection of North Carolina and some Outstanding Additions from John and Jan Muehlbauer of California. This online only auction  will end on Saturday morning, March 11th, with a soft close beginning at 9:30 am CST. Glass will be displayed for preview at the Texas convention in Brenham, Texas. This is just the start. The best auction in Texas ever – and everything is BEAUTIFUL! Watch the Seeck Auctions website for updated information and a complete listing of all of the auction pieces. PLEASE NOTE: mouse over each auction image for iD. 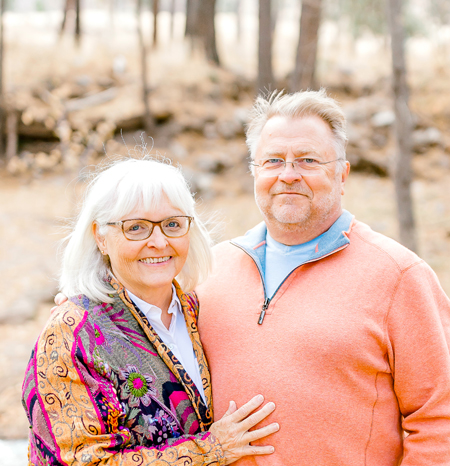 Sandy and Bob Sage have lived in Austin, Texas, since 1980. Prior to their move to Texas they lived in upstate New York, where Sandy would go antiquing with her mother-in-law, Dolores Sage. Focusing mainly on Carnival Glass, Sandy and Bob have been collecting Carnival, Stretch, and Vaseline glass since 2001. They purchased their first piece of Carnival Glass, a blue Fenton Orange Tree powder jar, at a Bedford, Virginia antique store in 2001.


The Sages joined the Texas Carnival Glass Club in 2003, and have enjoyed being active members of that club. Sandy served as the club Newsletter Editor (2006-2012) and the club Secretary (2012-2019). She is currently serving as the club’s Website Administrator and as an Administrator on the club’s Facebook page. Bob has served as the club Vice-President since 2007. They went to their first TCGC convention and auction in 2003, where they purchased a marigold Fenton Horse Medallion 7 inch plate, a great beginning to their collection of small plates. 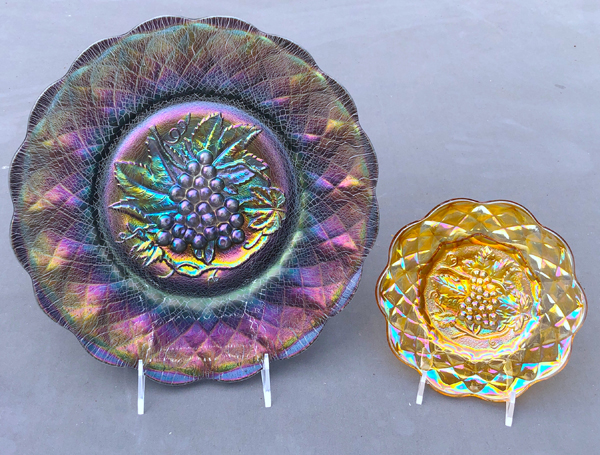 Sandy and Bob also were involved in forming Iridescent Nation, a club for Carnival Glass collectors under the age of 18. Sandy has been the Newsletter Editor of the club since it was formed in 2004, and the club’s Website Administrator since 2014. She is also an Administrator on the Iridescent Nation Facebook page. 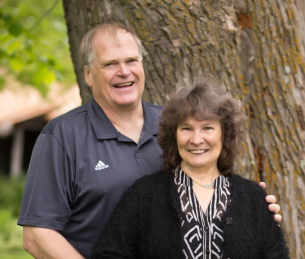 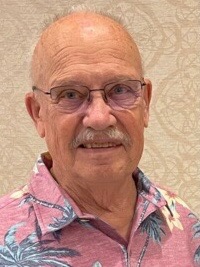 There was no carnival glass around Bob Patterson when he was growing up, however Shirley’s mother and grandmother did have a few pieces of marigold carnival glass. The Patterson’s began their collecting journey in the summer of 1975, when they decided to go antiquing in their old hometown of Fort Dodge, Iowa. In one antique shop they found what was their first piece of carnival glass, an Imperial Open Rose ruffled bowl in Helios green. It is no longer in their collection and Bob doesn’t remember who they sold it to.

That first piece quickly turned into a small collection. They were living in California at the time and a couple of years later found about the Southern California Carnival Glass Club. Bob and Shirley learned a lot about the glass and made many good friends, but they did take a hiatus from collecting for a number of years while their sons were growing up.

When the boys were self-sufficient, they resumed collecting, mostly in antique stores, malls, and eventually local swap meets. Bob was the one bitten by the carnival glass bug however Shirley did enjoy seeing what he brought home. They didn’t attend any conventions until the Southern California Club started having them every year.

In 2008, Shirley began to think that Bob’s collecting addiction was turning into the next phase (that of a hoarder) so Jim Seeck was called to pick up their glass. Their collection was auctioned at the 2009 Southern California convention. After that the walls in their home looked pretty empty with 330 fewer pieces so their collecting journey resumed. The Patterson’s currently live in Mason City, Iowa, and as you can see, they are still collecting.

As you know the emergence of Covid-19 pretty well put an end to social activities, carnival glass conventions were no exception.  The Texas club was scheduled to be in Dallas for its annual convention mid-March 2020.  At the last minute the convention was cancelled due to Covid restrictions.  Then March 2021 rolled around and it became clear no normal convention could be scheduled so the board members put together a plan for a one day event in Brenham, Texas.  We had good attendance, the Seeck’s brought the auction glass, and attendees had a good time.

After the 2021 one-day-special we began planning the 2022 convention back in Dallas at the normal hotel.  Registrations were good, speakers lined up, spirits high.  And then a show-stopper situation occurred.  One of our members learned the hotel was closing just prior to our convention and hadn't bothered to notify us.  Their plans were to reposition us to a different facility in the Dallas area, a facility about which we knew nothing.  We were a month from the convention and clearly needed a new venue.  Again the board members jumped into action.  Arrangements were quickly made to use a building at the Washington County fairgrounds in Brenham.  Very large room, kitchen and bathroom facilities, good lighting, plenty of tables and chairs.  It would be different, but it might work.

With enthusiasm and cooperation from one and all the 2022 Texas convention came together in a single room at the fairgrounds in Brenham.  The room was essentially divided into quarters.  One quarter set up for the auction glass, one quarter set up for seminars, one quarter set up for glass displays and sales, and one quarter set up for food, socializing and simply taking a break.  Of course the motels for overnight staying were a short distance away and not available to run to for a quick rest.  But attendees did not find that to be a problem.  Instead they were in a room in the middle of the action and could see and spend time with other attendees all day long.  So how did it go?

Our first seminar "I've got the Northwood Blues ... and Greens" was presented by Gary Sullivan and Steve Lindquist, of course they travelled all the way from Connecticut with a car load of beautiful glass.  It was very nice having them in attendance and the crowd enjoyed the glass and presentation immensely.
Thursday evening we enjoyed the Whitley Award dinner.  A little less formal in this new environment, but enjoyed by one and all.  Of course the highlight was the surprise announcement by Tommy Whitley that the 2022 award winners were Bob and Sandy Sage.  A well-received recognition of the energy and enthusiasm they have consistently shared with those in or interested in the carnival collecting hobby.

On Friday we had the traditional Texas 'Show-n-Tell' session, a business meeting, closure of our Silent Auction, preview of the auction glass and our annual banquet.  And yes, the banquet was held right in our big room.   Wonderfully catered by a small Texas company from a nearby community.  Our banquet presentation "Our Favorite Vases" was presented by Tony and Mary Jo DeMichael who did not have to travel all the way from Illinois as they now reside in Aledo, TX.

Saturday morning was the Seeck auction of the glass collection of Philip and the late Marion Ross.  Some beautiful and interesting glass.  The highlight of the auction might be the price brought by a Millersburg tri-corner marigold Zig Zag bowl on which the bidding finally stopped at $14,500.

So how did the attendees feel about having a three day convention in a building on the Washington County Fairgrounds in Brenham, Texas?  100% in favor of going back to this venue for the 2023 convention!

Although we were not able to have a traditional convention this year, we did hold a great in-person mini convention and auction in Brenham, Texas, March 19-20.  A preview was held on Friday afternoon of the 350 piece auction brought by Jim and Jan Seeck. That evening Emmett and Dorothy Morgan hosted dinner at their home with at least 24 attending. Everyone had a great time and enjoyed both the meal and catching up with friends.

Following the auction we were able to show off our latest finds at a traditional Show and Tell. Everyone was invited back to the Morgan's home on Saturday evening for another dinner, libations and fellowship. Many thanks to Dorothy and Shirley Patterson for preparing and serving the dinners, to Jim and Jan Seeck for bringing a great auction, and to all who attended.

Please enjoy the photos of our 2021 Convention Show and Tell participants and their glass. Click on (or hover your mouse over) the photos for more information.

Click on (or hover your mouse over) the images below to see a few of the prices realized at our March 29th Convention auction. For a complete list of prices go to: https://seeckauction.hibid.com/catalog/268399/carnival-glass-online-only-auction--217---ends-mar-20---2021/

Just before we made the decision to pull the plug on our 2020 Convention we were contacted by TCGC member Brian Foster. Brian proposed that we leverage his expertise and technology to have the convention go virtual. This included having our annual Show & Tell event, a taped banquet presentation, a taped educational seminar, and a live conversation concurrent with Jim and Jan Seeck during our TCGC convention online auction. We think it was a huge success and the results are in the videos below. A big thanks to Brian & James Foster, Kathi & Galen Johnson, and Mary Jo & Tony DeMichael for taking this on and turning what was a monumental disappointment (due to Covid-19)  into a new adventure with plenty of upside for all of us going forward.

What follows are videos of the live and taped events that were posted on our Texas Carnival Glass Club Group Facebook page.